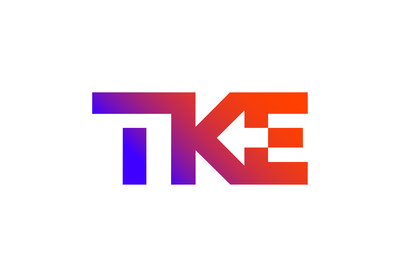 "We are proud to support Cystic Fibrosis Canada and its mission to end CF once and for all. This is very personal to us. Meaghan was an inspiration to everyone who met her and her courageous battle with CF and to raise awareness around this disease is a fight we are proud to continue fighting on her behalf," said Kevin Lavallee, CEO BU North America and Group COO Field.

A native of Oshawa, Ontario, Addante was diagnosed with CF when she was seven months old. Although Meaghan ultimately succumbed to the disease in 2021, she never let CF stop her from living her life to the fullest nor in her pursuit to inspire and educate others.

"This world was a much better place because of Meaghan, and her efforts around CF inspired so many people throughout Canada and around the world. She was relentless in her fight, and that is a tradition we will continue in her honor as we continue working closely with CF Canada," added Gary Medeiros, President and CEO, TK Elevator Canada.

In 2019, TK Elevator Canada was selected as the recipient of CF Canada's prestigious National Champion Award. The Award recognizes service groups, corporations, companies and businesses that have a presence in at least three regions and have provided exceptional leadership and/or financial support for CF Canada at the national level. This recognition would not have possible without the support of the entire Canada team and the tireless efforts of Meaghan.

As Meaghan previously shared: "Maybe I myself won't be saved, and maybe I won't find the cure, but maybe one day people will look back and say, 'that girl made a difference'."

ABOUT US
TK Elevator

With customers in over 100 countries served by more than 50,000 employees, TK Elevator achieved sales of around €8 billion in the fiscal year 2020/2021. Over 1,000 locations around the world provide an extensive network that guarantees closeness to customers. Over the past decades, TK Elevator has established itself as one of the world's leading elevator companies and became independent since its separation from thyssenkrupp AG in August 2020. The company's most important business line is the service business represented by over 24,000 service technicians. The product portfolio covers commodity elevators for residential and commercial buildings to cutting-edge, highly customized solutions for state-of-the-art skyscrapers. In addition, it also consists of escalators and moving walks, passenger boarding bridges, stair and platform lifts. Integrated cloud-based service solutions, such as the MAX platform, are gaining in importance. With these digital offerings, there are no limits to urban mobility anymore. TKE – move beyond.