America’s Best Blended Whiskey is Back and Better Than Ever 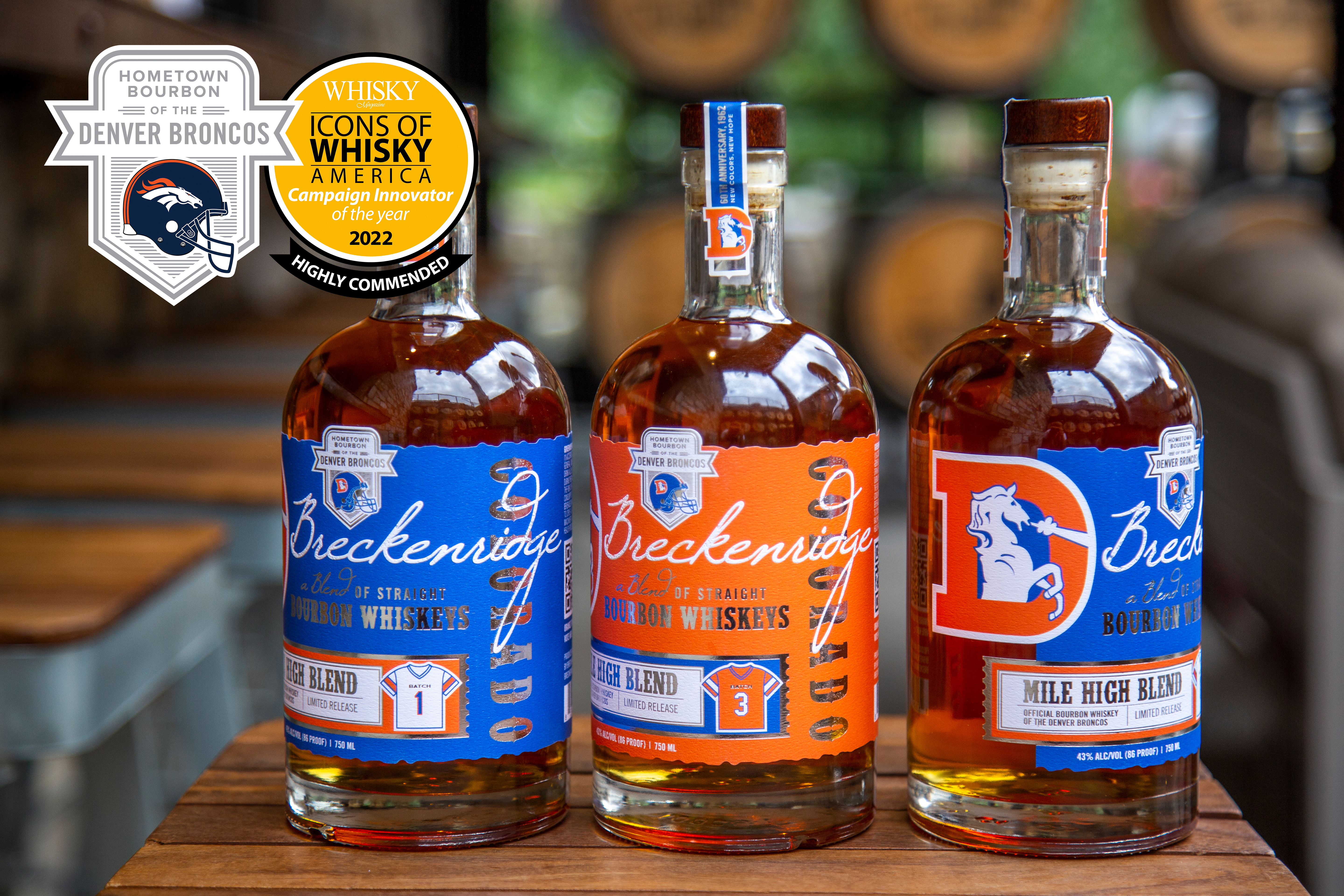 “Last year we released our first collaboration with the Denver Broncos and the Broncos Bourbon blends were not only a hit with our Colorado fans, but the whiskey industry as a whole,” says Nolt. “We’re so excited to continue our partnership with the Broncos and bring Broncos and whiskey fans across the country our latest release of the Mile High Blends to enjoy this season.”

The first collaboration of the series, the Champions Blend, garnered recognition in the whiskey world by being named Best American Blended Whiskey, Limited Release and Campaign Innovator of the Year by Whisky Magazine at the World Whiskies Awards.

To learn more about Breckenridge Distillery and where to buy its award-winning spirits, visit: http://breckenridgedistillery.com/bourbon-of-denver-broncos/.

About Breckenridge Distillery
Founded in 2008, Breckenridge Distillery is the “World’s Highest Distillery” widely known for its award-winning blended bourbon whiskey, a high-rye mash American-style whiskey. As one of the most highly awarded craft bourbons in the U.S., Breckenridge Bourbon is proudly a 3x Icons of Whisky and 5x winner of Best American Blended winner at the World Whiskies Awards by Whisky Magazine and a 4x winner of Colorado Distillery of the Year by the New York International Spirits Competition. Most recently, Breckenridge Gin and PX Sherry Cask Finish Whiskey received Double Gold at the San Francisco World Spirits Competition. In 2021, Breckenridge Gin was named the World’s Best Compound Gin at the World Gin Awards by Gin Magazine.